'It's going to be mega-tough': How Boris Johnson must win FIFTY Labour seats to offset losses to SNP Remainers in Scotla

'It's going to be mega-tough': How Boris Johnson must win FIFTY Labour seats to offset losses to SNP Remainers in Scotla

Boris Johnson is bracing for a 'mega-tough' election battle today - amid warnings he needs to win 50 Labour seats to offset losses to Remainers in Scotland and the South.

Mr Johnson sought to rally his troops for the pre- Christmas showdown by attacking Jeremy Corbyn at a brutal PMQs session in the Commons. 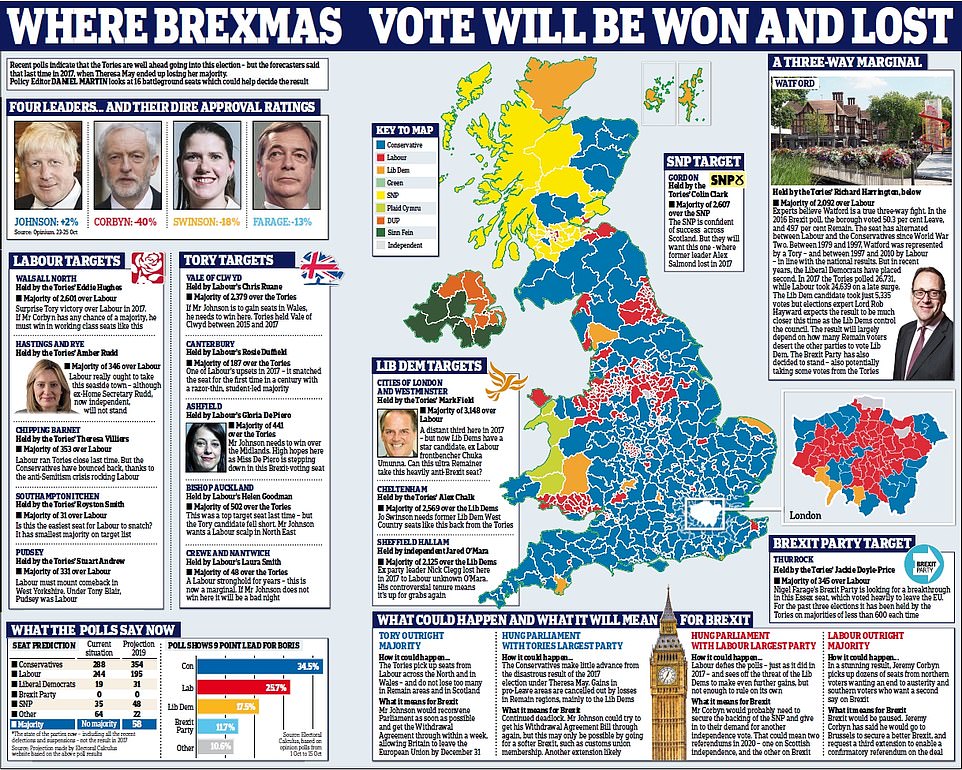 The clashes come as Tory strategists finalise their plans for an incredibly volatile campaign, where local factors are expected to play a pivotal role.

They are set to target 'Workington Man' - older, white, non-graduate male voters living in swing seats in the North of England.

Experts have warned that Mr Johnson's strident call to 'get Brexit done' and blueprint for a loose, Canada-style relationship with the EU could lose his party at least 20 seats to the unashamedly pro-Remain Lib Dems and SNP.

Key battlegrounds will include Cheltenham in Gloucestershire and Stirling north of the border.

To offset the anticipated losses the Conservatives must make significant progress against Labour - probably requiring at least 50 gains to get Mr Johnson the working majority that he craves.